The first half of my Outreachy internship is already over and I am really excited to share my experience. Over the past weeks I’ve had the opportunity to work on the Guix Data Service, watch myself change, and accomplish way more than I thought I would.

The Guix Data Service processes, stores and provides data about Guix over time. It provides a complementary interface to Guix itself by having a web interface and API to browse and access the data.

Initially the Guix Data Service database had translated versions of lint warning messages available, but they were not accessible through the web interface, so I made that possible during the contribution period. 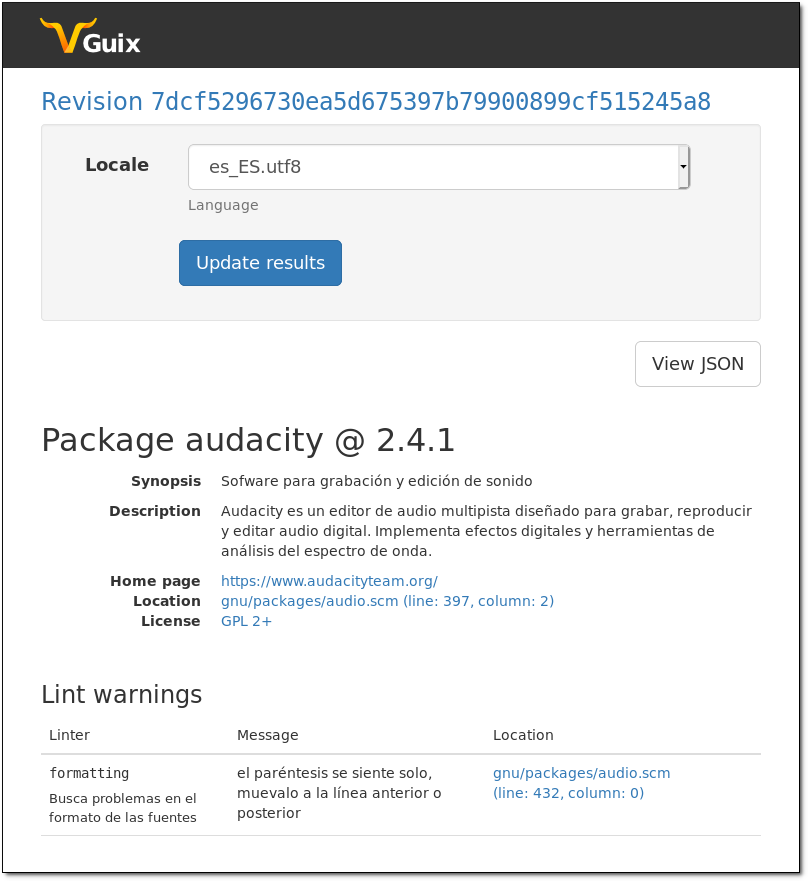 Hopefully these changes will provide the Guix Data Service users with a more feasible way to interact with Guix data.

I have to note that this is my first internship and I was initially reluctant to believe that I would be able to tackle or successfully accomplish the tasks I was assigned, but with my mentor’s help and guidance I managed to. So far it has been a rewarding experience because it has helped me make progress in so many aspects, whilst contributing to a project that will potentially increase inclusion.

While working on this project, I’ve significantly improved my Guile, SQL, and Git skills and I am now more aware of how software localization is achieved. In addition to getting more technically skilled, this internship has taught me how to manage time and emotions when dealing with more than one activity at a time.

Now that a good share of what was initially planned to be done is accomplished, my mentor suggested working on something using the Guix Data Service data and I will be engaged in that during the remaining half.

These first 7 weeks of my internship have gone by really fast, but I have enjoyed everything and I am so eager to experience what's to come.